The week in Prep School 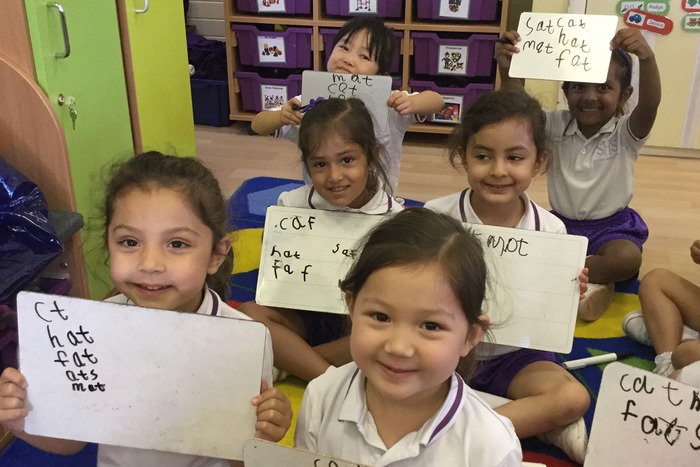 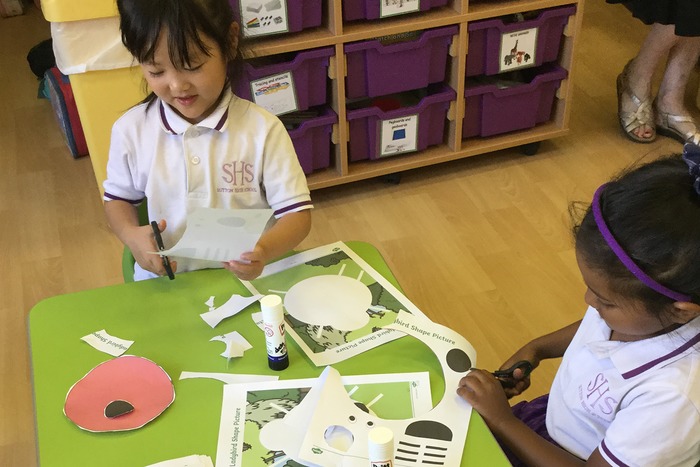 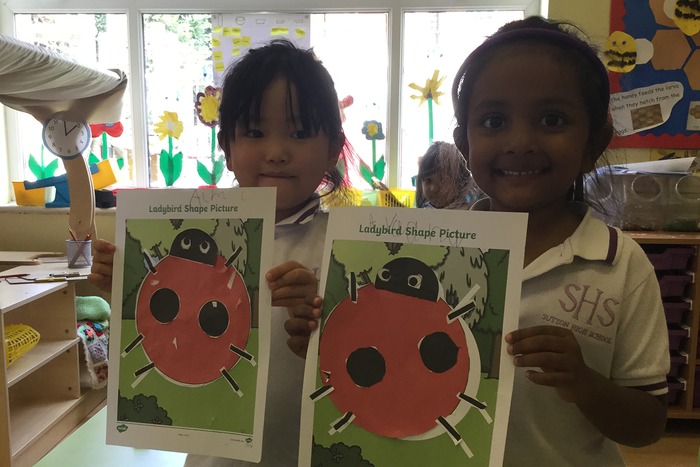 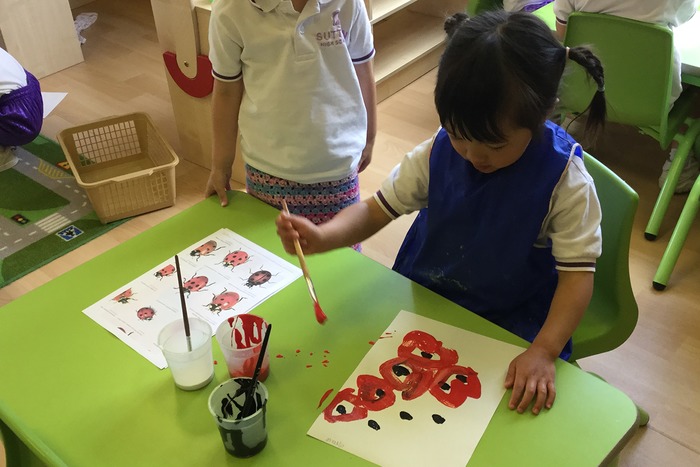 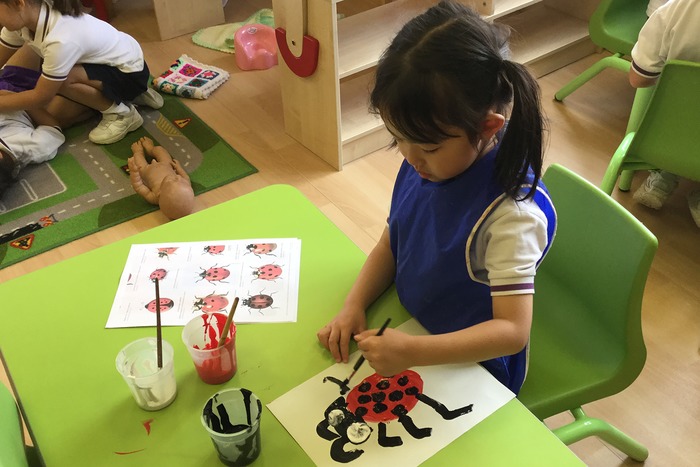 Nursery have listened to the story 'What the Ladybird heard on Holiday' by Julia Donaldson, who is one of our favourite authors. They were to able hear lots of rhyming words and recognised that the story was set in London from the illustrations. This led to lots of ladybird activities. They painted ladybirds, counted spots and made a ladybird out of shapes. We even tried to find ladybirds in the garden! They saw lots of pictures of ladybirds on the internet and discovered that there are different coloured ladybirds with symmetrical wings. We are very proud of our Pre-Reception girls who used their phonic knowledge to write words. They are so ready for Reception. Well done girls. 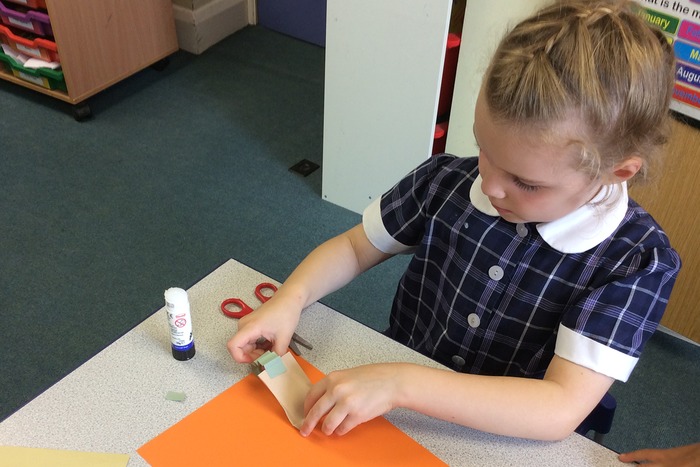 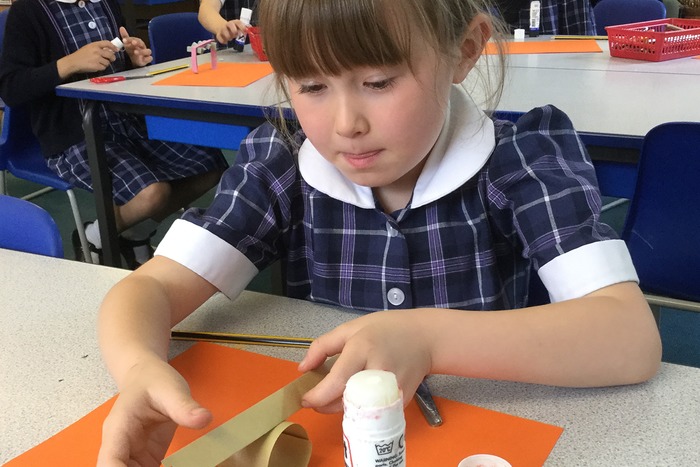 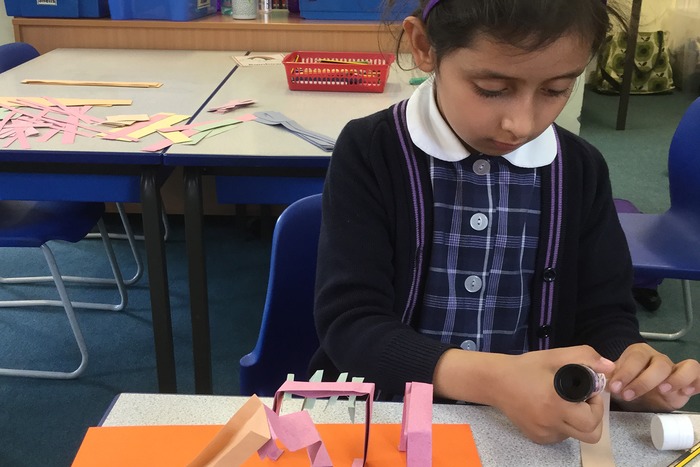 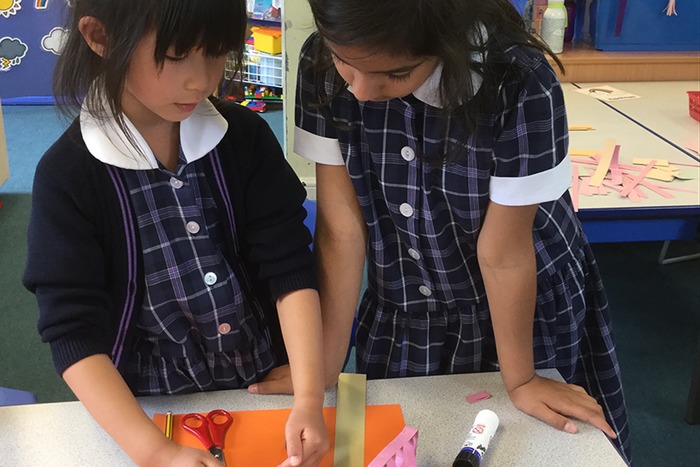 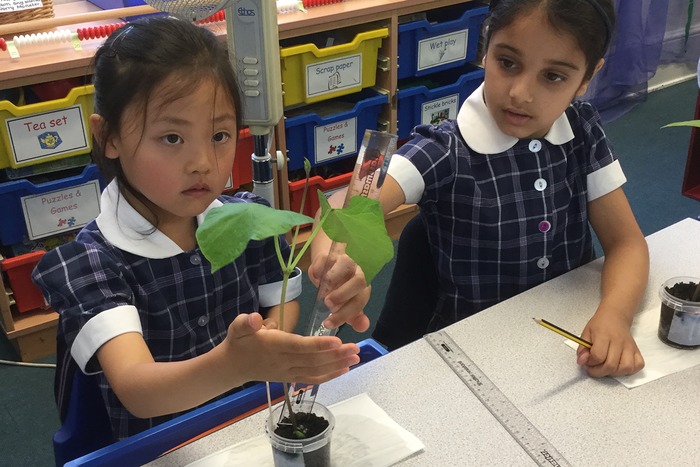 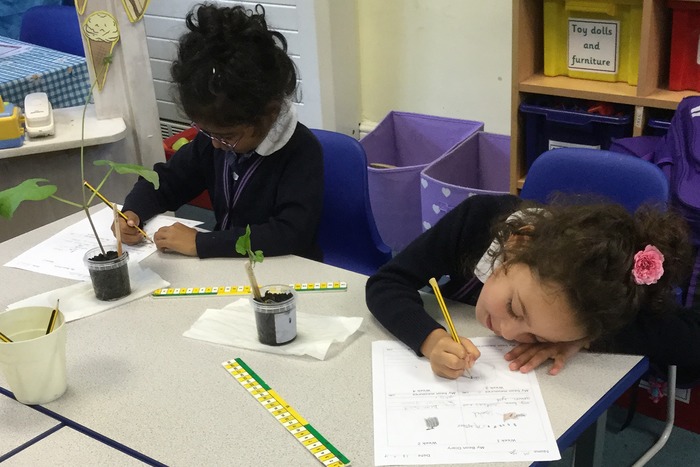 In Design & Technology, the girls explored ways to fold, curl and shape paper to create their own playground models. They used lots of creativity in planning their designs and displayed great enthusiasm for this project.

For our final topic during Science lessons in Year 1, the girls have been learning about plants. They started by identifying different plants in the school grounds, which they photographed using the iPads. They classified them according to whether they were wild or flowering plants. Next, each girl planted a bean seed and has recorded observations and measurements about its growth in a ‘Bean Diary’. These plants need regular watering but are probably enjoying optimum growing conditions with the current warm weather! 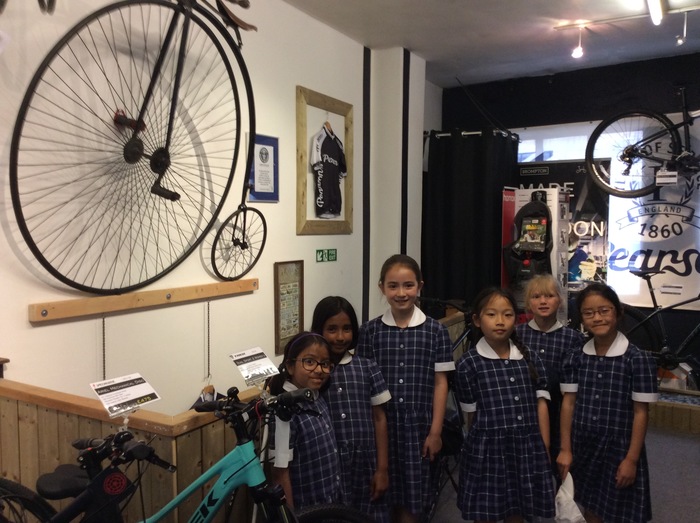 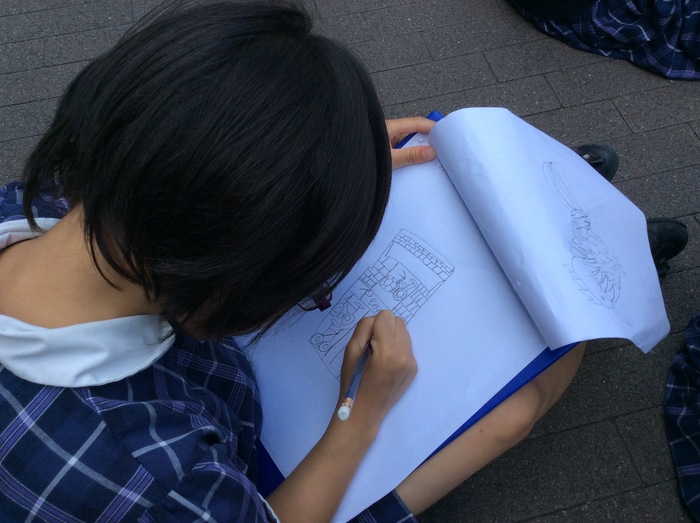 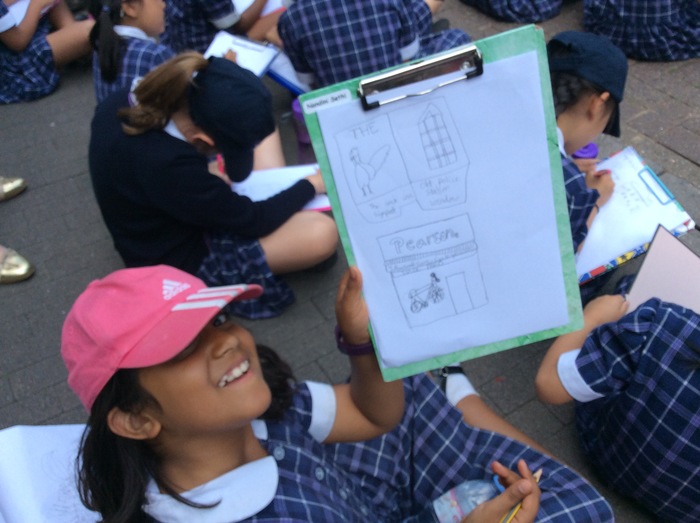 On Wednesday Year 3 explored the sights of Sutton Town Centre, as part of their topic on the history of the local area. The girls discovered some interesting facts, such as the first offence dealt with in the old police station in 1908. Guess what it was? The heinous crime – of throwing snowballs!

We looked at both the old and new in Manor Park – the war memorial commemorating the men from Sutton who died, and the eco-friendly Manor Park Café, which is literally built from straw and sticks. One of the main highlights of the tour was visiting Pearson Cycles, the oldest bicycle shop in the world, and seeing their certificate from The Guinness Book of World Records on the wall.

Sutton will never be seen in the same light again! 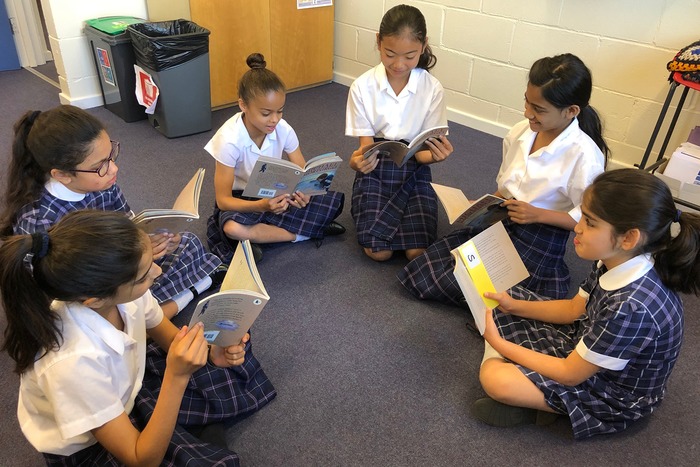 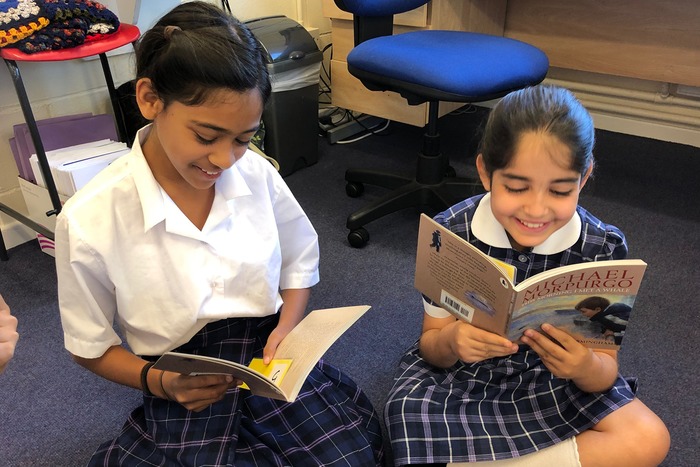 This term we have been reading 'This Morning I Met a Whale' as our Year 5 class reader. 'This Morning I Met a Whale' is a book with a hidden message: climate change is a problem and we need to act now! I would give this book five stars if I had to rate it. It was an amazing choice as it really fits into our topic, keen to be green, and is short enough to finish within twelve weeks yet not too short that we finish it very early. It is very touching and helps us explore our topic in even more detail.

The book starts off with an account written by Michael telling us all about him meeting a whale. He tells us that earlier that morning he saw a whale in the Thames with a message for Michael. The young whale knows being in such shallows is dangerous but has an urgent message for Michael. All around the world climate change and pollution is killing innocent animals.

The next section is written in the third person and starts off with Michael sharing his story with his classmates. None of them believe him but Michael feels he must still fulfil his promise to the whale and warn them. Can he convince them that this whale is real?

I really enjoyed this book although it was quite sad. It gave us a chance to discuss the story and is written well with different techniques so not only can we follow the story but we can really understand the different character's feelings. The illustrations also really help to tell the story and I liked it when they gave us time to stop and take them in in class. The writer uses many literacy techniques that inspired us to use more in our own writing.

Michael Morpurgo is a great children’s writer whose books are also appealing to adults. He was children's laureate in 2003-2005 and also wrote the book that we read in Year 3. He often writes about sad subjects though and this book was no different. He helps us form a good vision of Michael. He is a young boy, determined to get his view across, but no one will listen.

In conclusion, this book was very touching with beautiful illustrations. It was written by a clever writer who could really get their point across. I would recommend it to anyone who doesn't mind a bit of sadness and loves a story with a meaning. Altogether a great book with a meaning that everyone can agree with.

Miss Musgrove on Maths
Return to