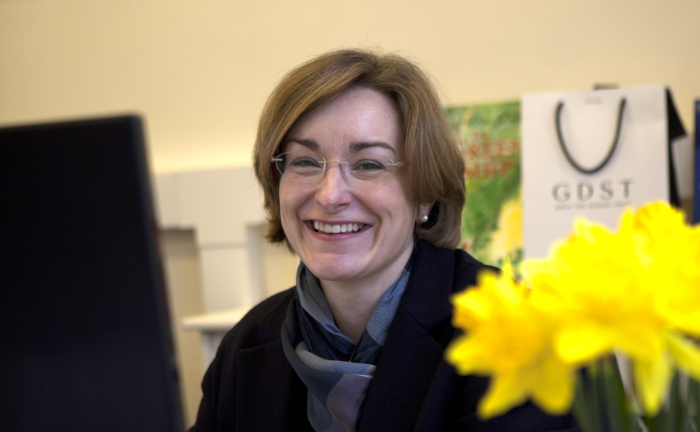 A few weeks ago, the whole school listened to an inspiring talk by retired GB and England hockey captain, Helen Richardson-Walsh.

Helen has represented our country 375 times, won 19 medals, shot 49 winning goals and for 13 years was GB and England captain. As Helen showed her shiny gold and bronze Olympic medals to the girls, she shared her story and inspiring words. Helen is highly successful and the girls learnt that these achievements are the result of hard work, constantly learning, being resilient to set backs, listening to coaches and being part of a team. After all, in the 2012 Summer Olympics, Helen was hit by a stick in the team's match against Japan and suffered a broken jaw, which was expected to end her journey in the Olympic games. However, after undergoing surgery and missing just three matches, she returned to play in their penultimate group game against China and captained the team to win the bronze medal.

Sport is a subject which our girls are more willing to approach with a ‘growth mindset’ attitude. They learn a new skill, for example, how to play netball. They will rehearse how to shoot a goal again and again, learning from mistakes. They watch and listen to advice from others and show grit and determination to succeed. This famous quote by Michael Jordan highlights what it takes to achieve sporting success: ‘I've missed more than 9,000 shots in my career. I've lost almost 300 games. Twenty-six times, I've been trusted to take the game winning shot and missed. I've failed over and over and over again in my life."

I am encouraging our girls to take this same sporting mindset into other lessons, particularly mathematics. As this article from Radio 4 Woman’s Hour explains, “maths anxiety” is real. One in 10 children suffer from despair and rage when faced with the subject, according to new research from Cambridge University’s Faculty of Education and its Centre for Neuroscience. 1,700 British pupils aged eight to 13 were surveyed.

This mathematical anxiety often stems from our own experiences from school and attitude towards maths. As always, your daughters look to you and us as teachers, as role models. Our attitude will inspire them.

If we approach mathematics in the same way as sport, with the understanding we are learning a new skill and that we may not get it correct the first time, we will achieve our own mathematical gold medal.

After all, mathematics is inspiring, it is all around us, in all that we do every day, in art, in nature. So, during the summer holiday, I am setting the girls a ‘I spy maths’ challenge. When can they see something mathematical? For example, the numbers on a bus, the train timetable, the opening time at the museum, the weighing of ingredients when baking a cake, the shapes in a building, money at home and overseas. After all, this is why we have mathematics lessons at school. Numeracy is a skill that will impact on their success in life.

I would love to hear and see the girls' experiences of ‘I spy maths’. This can be achieved in different ways, whichever you prefer:

I am setting myself and our team of staff the ‘I spy maths’ challenge too.

The week in Prep School