Please book your place at our next whole school event on Saturday 24 September 2022.

The Week in Prep School

It’s going to be all singing and dancing in Year 6 over the next few weeks.

After a couple of weeks of hard work and digging deep to use all of our superpowers during our end of year assessments, it’s time to let off steam and develop our creative sides.

Today, we performed an uplifting version of 'I'm feeling Happy' by Sha Armstrong. What a joyful performance it was – it had the teachers dancing in the aisles!

This production has been chosen to be buried in the time capsule for further generations to find and realise what a talented bunch of girls we are. Look out for an episode of Newsround 2072!

At Sutton High we are also passionate about the benefits of drama.

Over the next few weeks Year 6 will be preparing for our end of term production of 'Joseph and the Amazing Technicolor Dreamcoat'! An adaptation of the hit Lloyd-Webber stage musical based on the Old Testament story of the youngest son of Jacob tells of his betrayal by his jealous brothers and of his being sold into slavery. The girls have held their auditions and rehearsals are now under way. More information will follow soon , just clear your diaries for June 14, 15 and 16.

Check out these photos from Divartsity Club, run for Y3 and Y4  girls after school with Mrs Giust. This week, with the help from some of our Year 12 student: Hannah, Bella and Parvathy, the girls brought their own cultural twist to mosaic making. They created designs, like Aisha M, reflecting their heritage, in the form of mosaic flags, to designs hoping for their future dreams and aspirations, like Georgie L, as aspiring tennis player. This represents not only the diversity we have at Sutton High, but also celebrates the differences. As the Year 12 girls started this project for the school magazine, it has helped reflect our journey in life and has given us the opportunity to reconcile our sense of belonging with the world we live in. 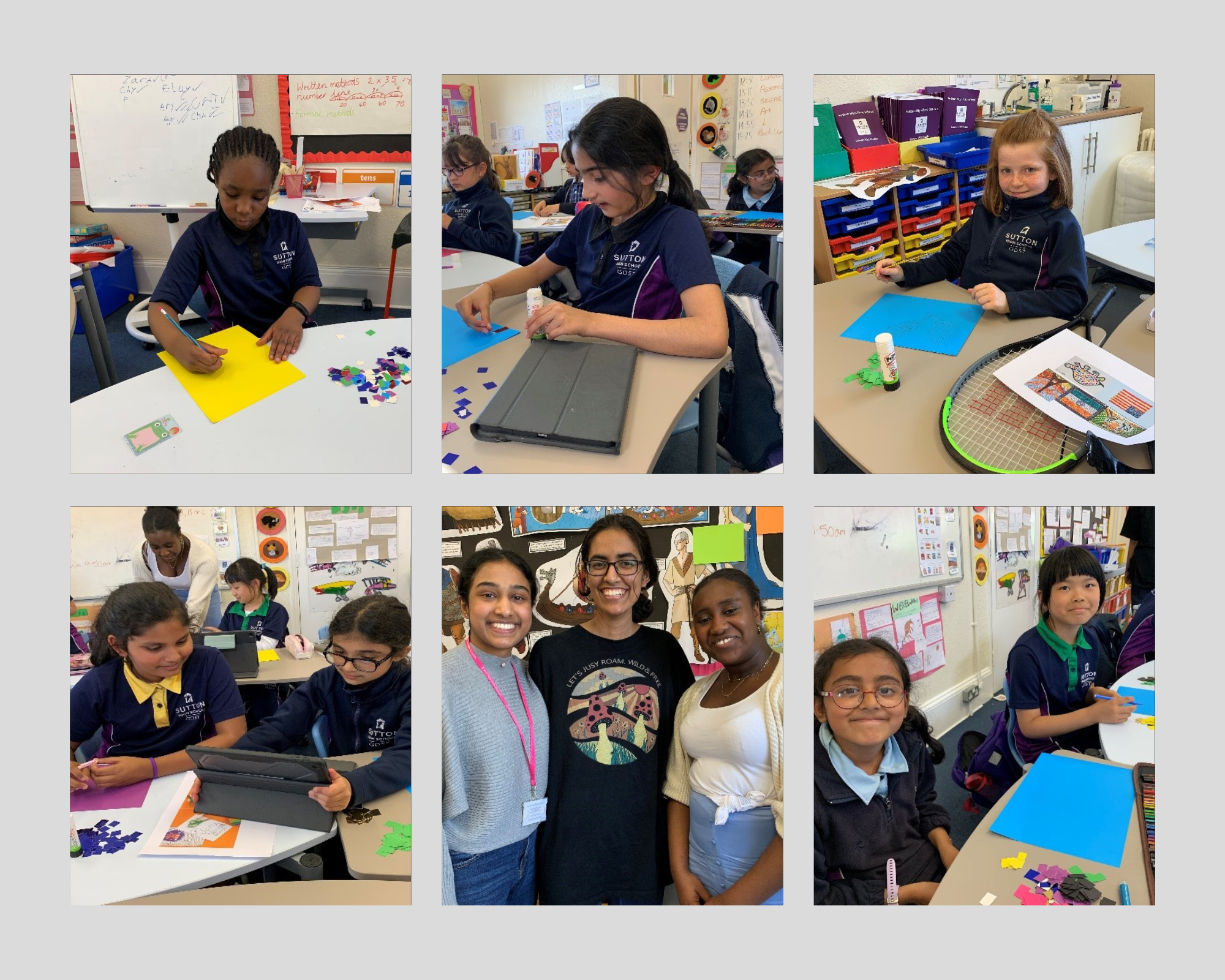 Year 4 have been getting creative with needlework and making bookmarks with their names sewn on in running stitch. They have decorated the edging with some further stitching patterns, such as cross stitch. Their superpowers of resilience and focus have been clearly demonstrated during this activity. 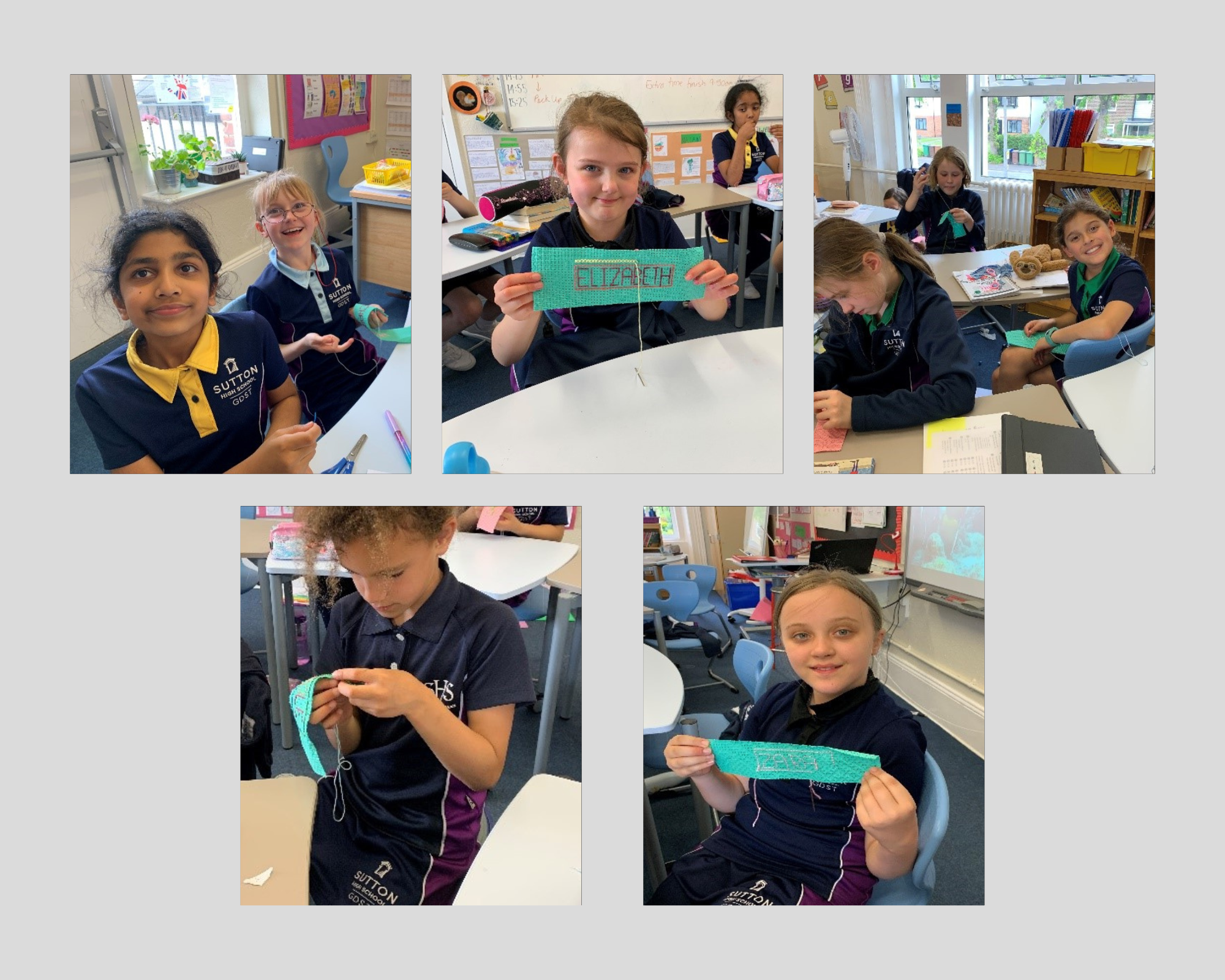 In Year 2, the girls have been turning their hands to an engineering project to design and make a moving monster in DT. Firstly, they researched how transport has developed, from how early civilisations solved the problem of moving heavy loads to the modern vehicles we see today. They learnt about different parts of a moving vehicle including wheels, axles and chassis before designing a moving model monster.

They then set to work sawing wooden axles to the correct length, attaching wheels and finding ways to join other materials to make their designs come to life. We think you’ll agree, they look pretty pleased with the results.

The finished monsters will be put through their paces next week when we test how well they perform in our Monster Races! 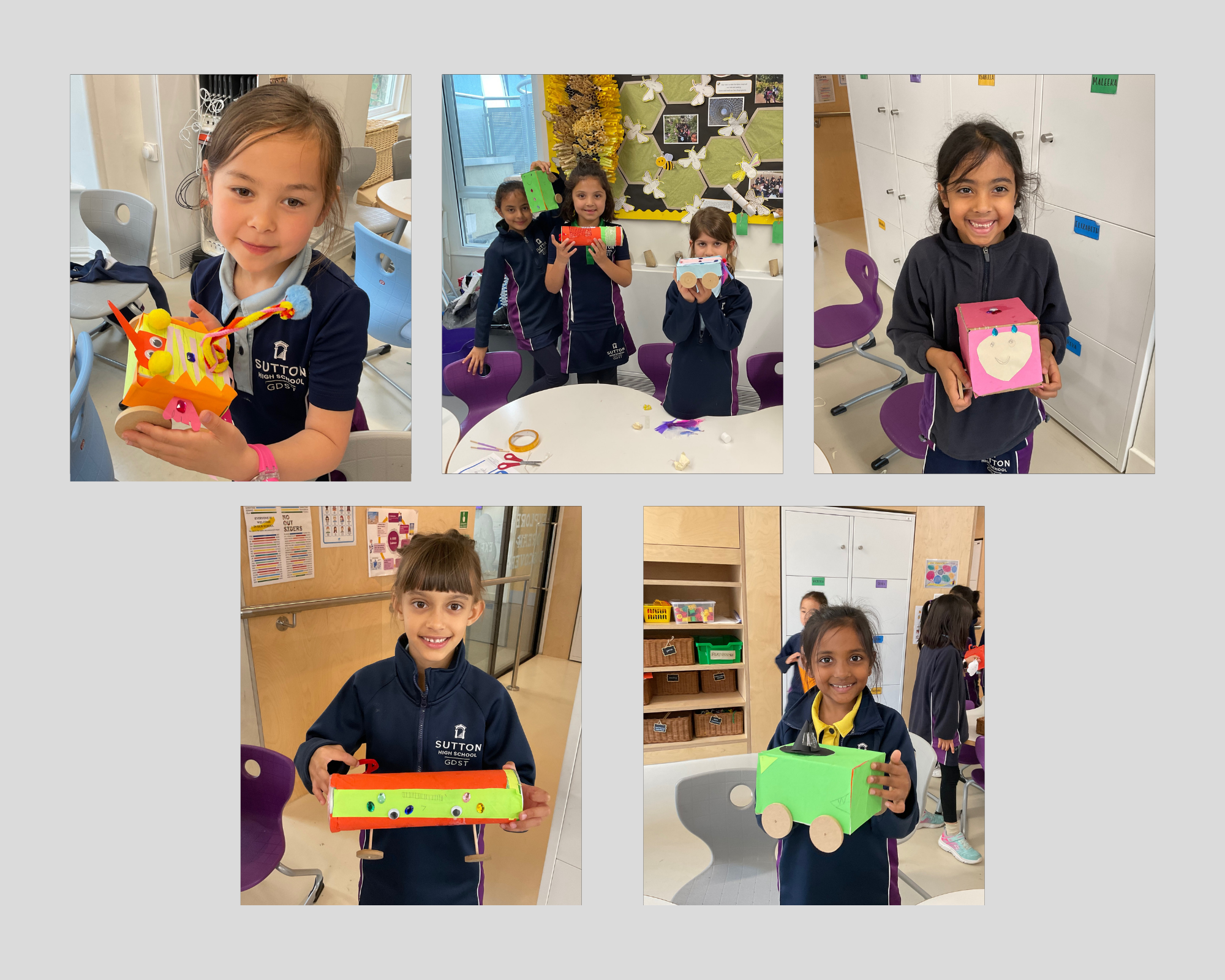 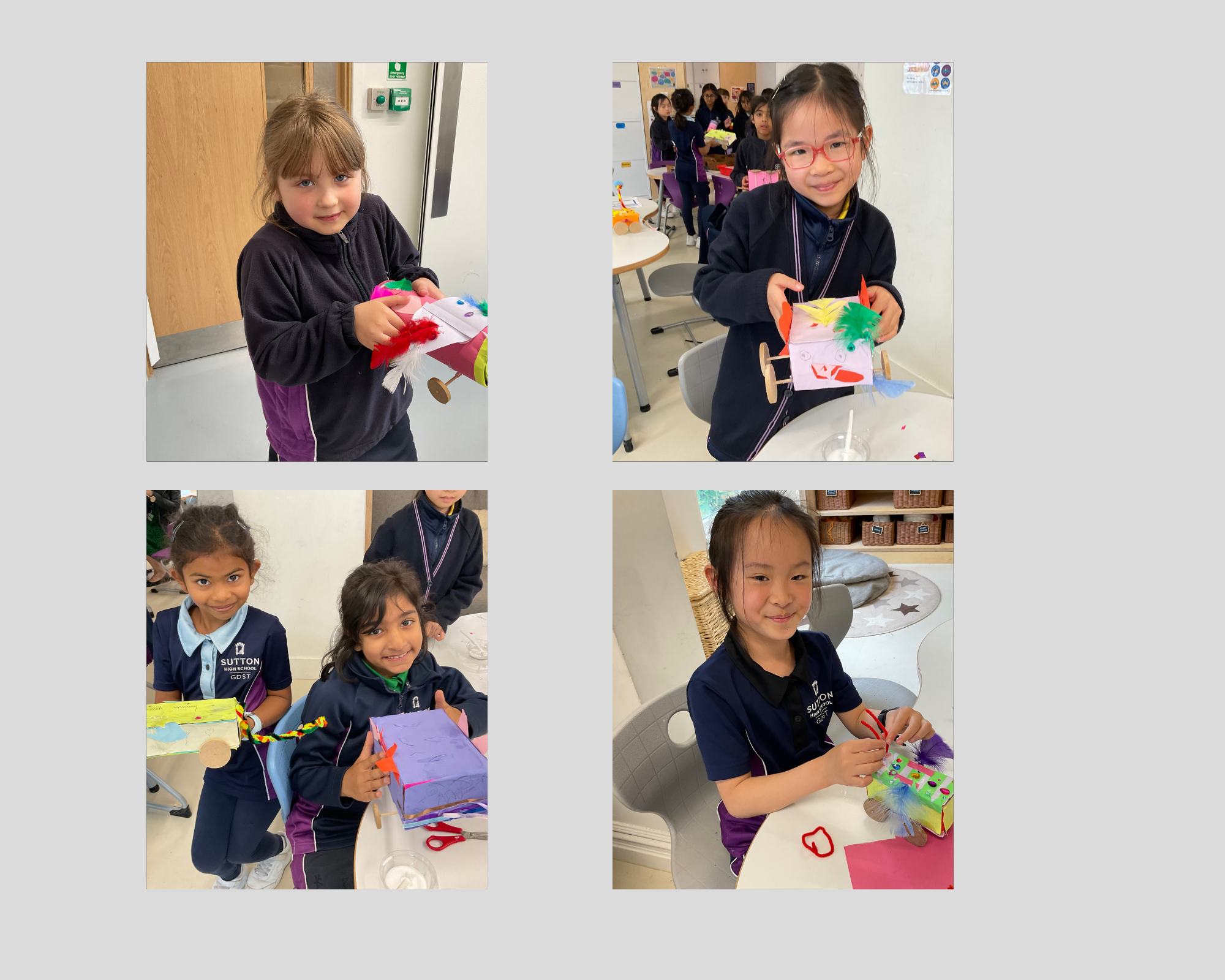 The theme for the Prize was 'Bouncing Back' and the entries were judged by Rachel Hoare, an alumna of Sutton High School.

Rachel Hore attended Sutton High School between 1970 and 1978, after which she read Modern History at St Catherine’s College, Oxford.  For many years she enjoyed a career as an editor for HarperCollins in London before moving with her family to Norwich, where she started to write fiction and taught publishing and creative writing part-time at the University of East Anglia.  Rachel is now a full-time writer, the author of eleven novels, many of them Sunday Times Top Ten bestsellers. A Place of Secrets, Last Letter Home and A Beautiful Spy were each selected by Richard and Judy for their Bookclub in association with WH Smith. The Glass Painter’s Daughter (2009) was shortlisted for the Romantic Novelists’ Association’s Romantic Novel of the Year.  A Gathering Storm (2011) was shortlisted for their Historical Novel of the Year. Her new novel, A Beautiful Spy, based on a real-life story of a 1930s female spy, was published in 2021.

"I have enjoyed reading this year’s entries and the theme of Bouncing Back has proved to be a fertile one.  The standard of work is once more very high. There are many thought-provoking examples from writers engaging with the idea of turning difficult situations around. Whilst younger students found inspiration in the natural world with some wonderfully evoked settings, the older age groups dealt maturely with more challenging, sometimes very dark subject matter.  Congratulations to all the winners and thank you so much to all the writers for taking part - there is a wonderful range of talent on display and their work gave me a great deal of pleasure."

You can read Jisoo's fantastic story below!