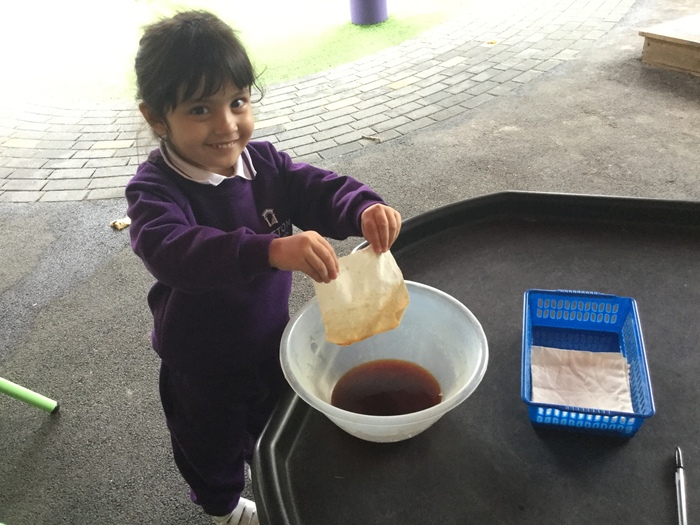 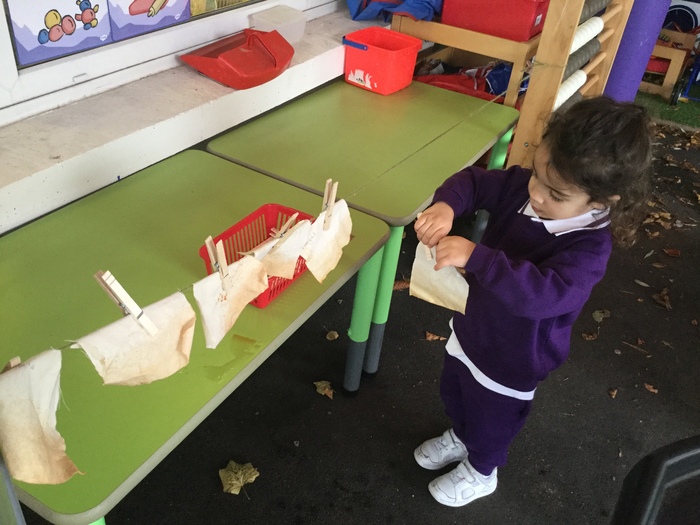 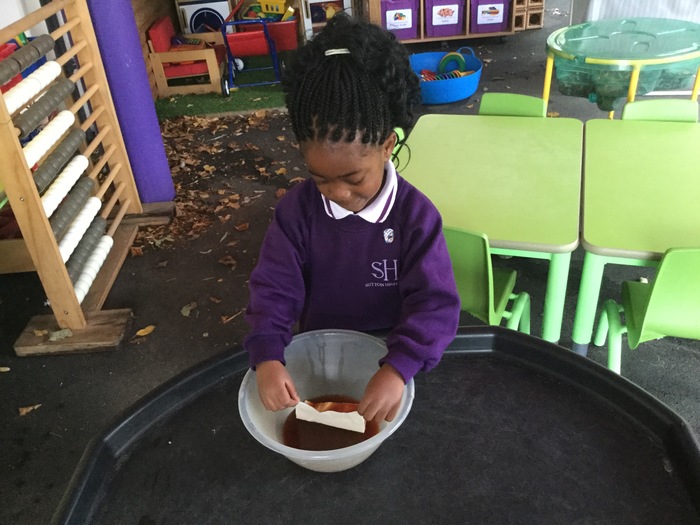 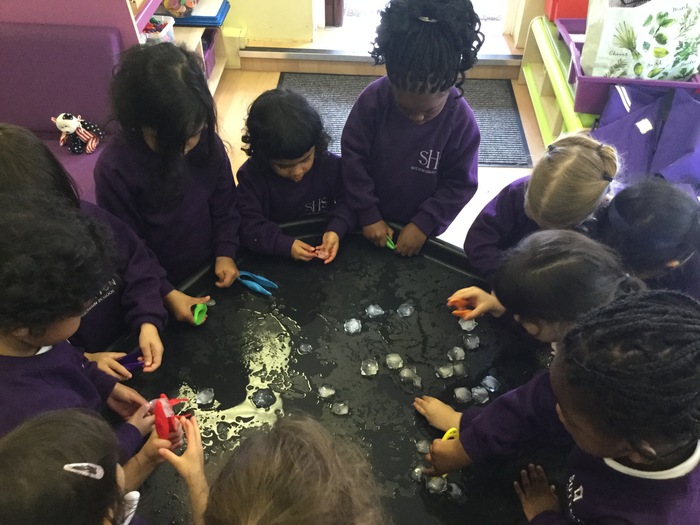 This week’s nursery rhyme 'Polly put the kettle on' has led to lots of scientific investigation and curiosity from the girls. They found out that the water needs to be hot to make tea and how the kettle gets hot and heats the water. Now it is electricity that heats the kettle, not like when Polly had to put the kettle on the fire! We saw that hot water has steam and when we put water into the freezer it turns to ice. The girls enjoyed holding the ice cubes and finding out that they melted, they also used good vocabulary to describe the texture of them. It’s very hard to pick up ice cubes with tweezers, but good practice for their fine motor skills. They dipped material into tea and saw how it dyed the material and then pegged it onto a line to dry. We decided that everyone likes biscuits with their cup of tea and the girls had a challenge to ice a biscuit and put their initial on top, some showed resilience and kept trying. 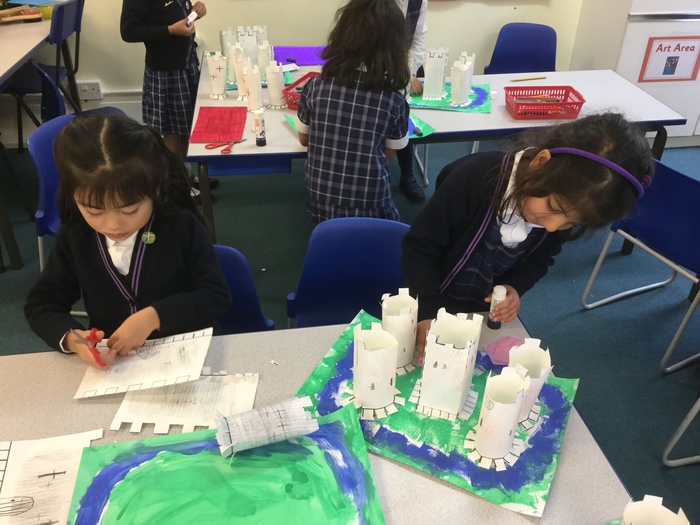 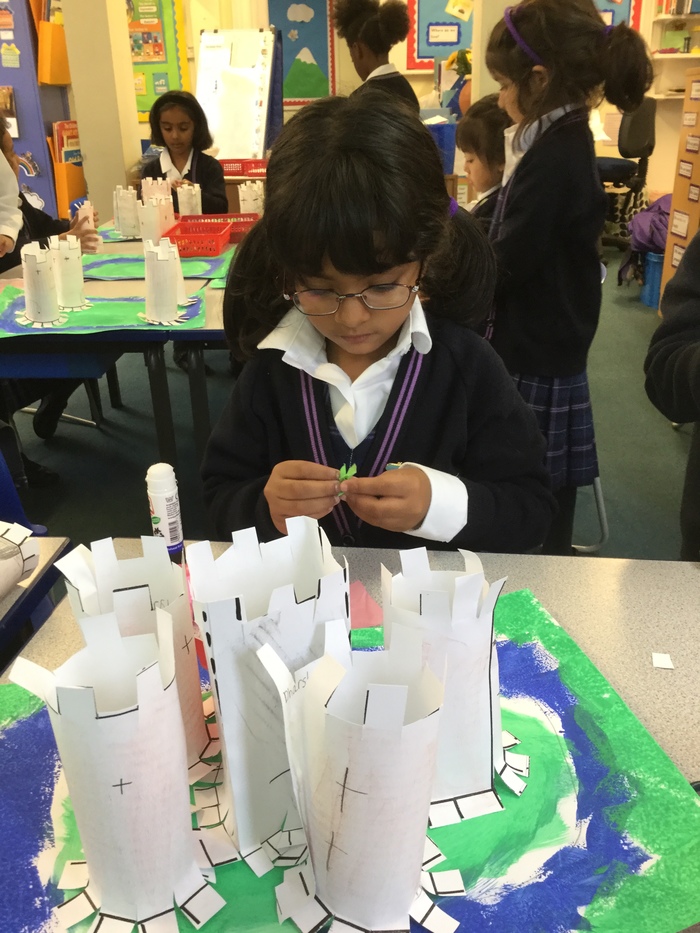 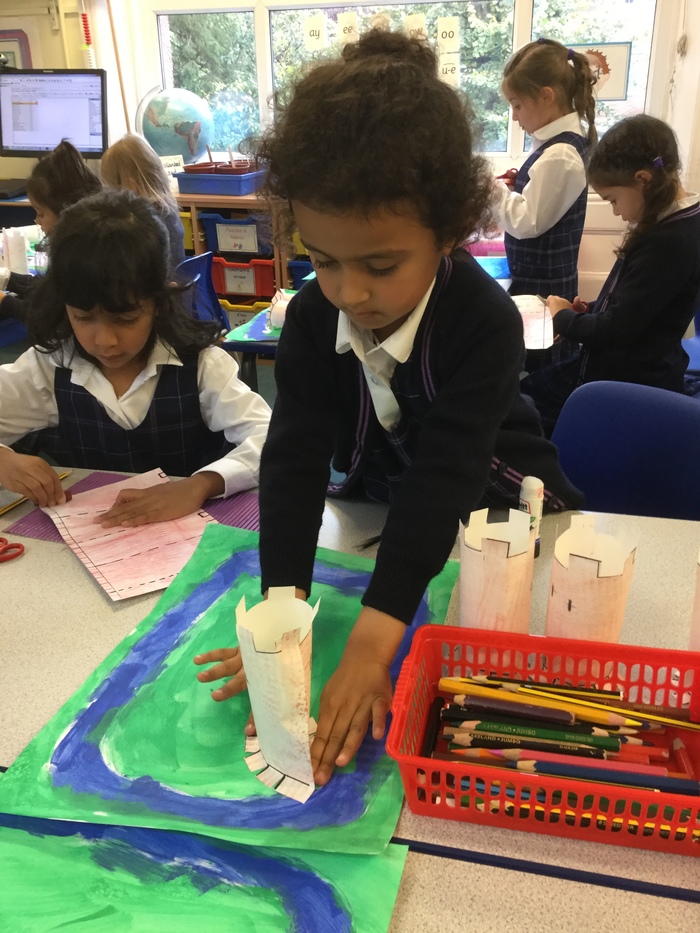 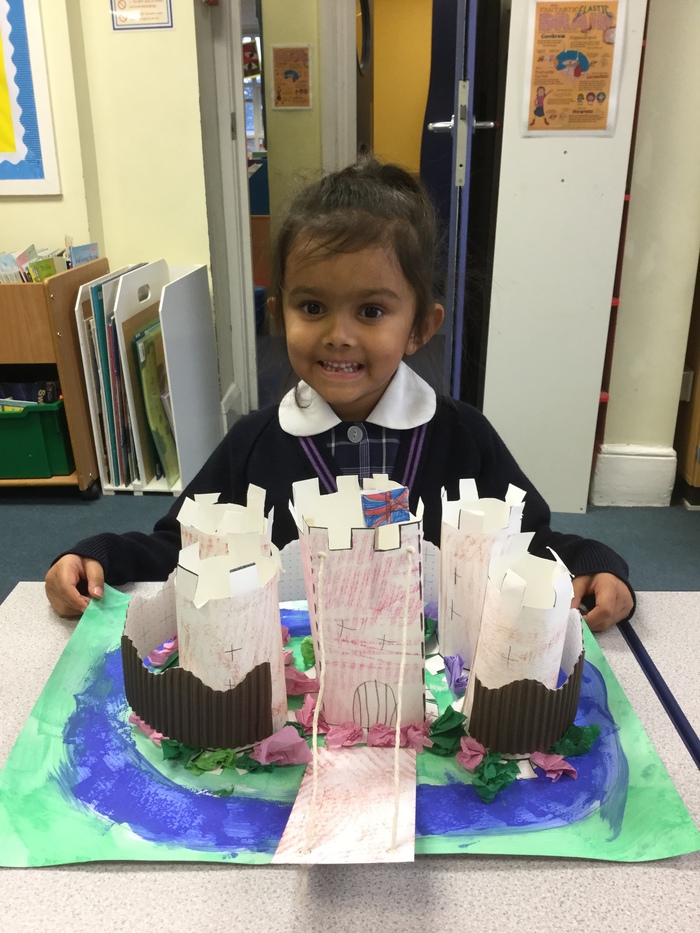 In our History lessons earlier this term, the girls have been finding out about the parts of a castle, such as the keep, towers, portcullis and battlements. They have used a variety of sources such as photos, paintings, online information and books to gather information. During their visit to Windsor Castle they were even able to identify parts of a castle first hand. As part of our connected curriculum, the girls have now made their own model castles in Design Technology. Practical skills in cutting, sticking and folding have been essential, as well as listening carefully to instructions. They are justifiably proud of their creations! 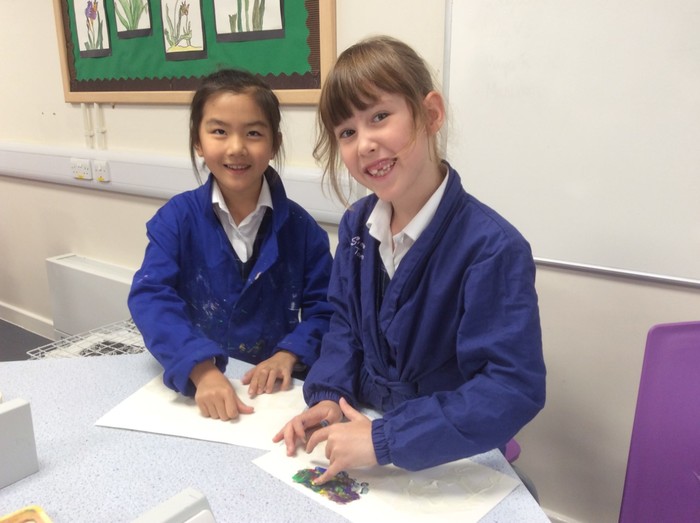 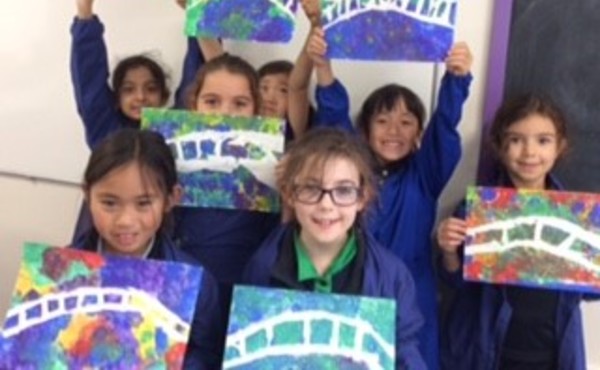 To link with our topic on ‘Water’, we have been looking at some of the work by Claude Monet during our Art lessons. We studied the painting Water Lilies and Japanese Bridge which was painted in 1899 when Monet moved to Giverny in France. It was part of a series of twelve pieces featuring water and water lilies. We discussed the style of the painting, the colours and how it made us feel. We then created our own version influenced by the impressionist style. We used masking tape to create a curved bridge across our paper and then used our finger tips and paint. We overlapped the colours to blend and create depth. Once the whole paper had been covered, we carefully removed the masking tape to reveal our white bridge. 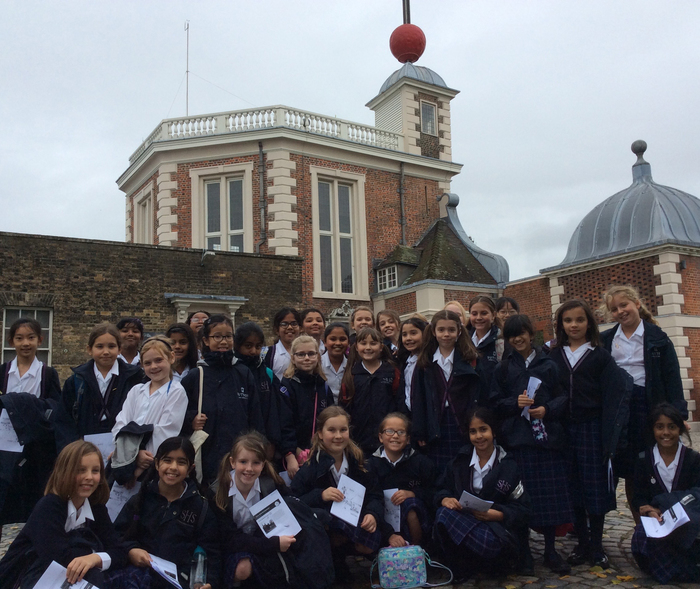 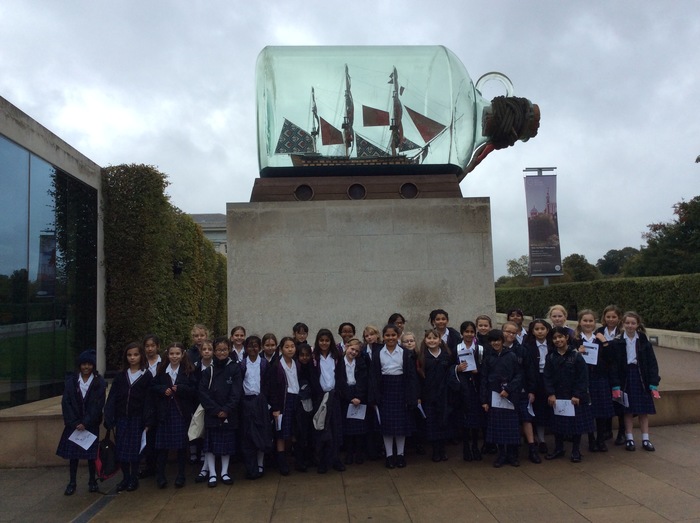 Year 5 went on an amazing trip to Greenwich this week, as a ‘Fantastic Finish’ to our Earth and Space topic in Science.  We stood on the Meridian Line, with one foot in the West of the world and one foot in the East! We also saw John Harrison’s clocks and heard recordings of the Speaking Clock, telling the time ‘on the third stroke…’ Did you know that the red ball on the roof of Flamsteed House drops at precisely 1pm, so that sailors on the river know the exact time?

Our favourite part of the day was a first-class Planetarium show, ‘The Universe on our Doorstep’, where we leaned back in chairs to gaze at a domed ceiling, looking at different planets in our Solar System and beyond. You wouldn’t believe how many trillions of stars there are out there…. in so many galaxies… with each star potentially having planets like ours orbiting around them….

Count your heart beat in a minute, add that to how many heart beats you’ve ever had, and add that to everyone’s heart beat who has ever lived on Earth. There are more stars out there than that number of heart beats…

Did you know that only this week that scientists have discovered Saturn has another 20 moons – bringing its grand total to 82 moons! We only have one! The whole day was a great experience.

Written by members of 5S

Year 7 Kaleidoscope: My Place, past, present and future

Year 7 Kaleidoscope: My Place, past, present and future
Read Previous

Year 8 Kaleidoscope: Through the archives

Year 8 Kaleidoscope: Through the archives
Return to