There have been some outstanding performances and results across hockey, gymnastics and cross country so far this term. Mr Pettitt reports on the sporting successes of our teams at Sutton High School.

The Year 7 A and B Hockey teams have enjoyed a very successful start to life at Sutton High School. Over 30 girls have showed great commitment to hockey training and their hard work has been rewarded with some excellent results. The A team have enjoyed two comprehensive victories over Sydenham High (8-1) and Nonsuch High (6-2) with standout performances from Isabella K and Jemima F. The B team equalled the A team’s impressive form with two victories (2-0 and 8-1) against the same opposition. Special mention is given to Rebecca B who scored 5 goals in the Nonsuch fixtures and Rebecca H who has lead the team superbly in defence. Later in the term, the team can look forward to more fixtures against Wimbledon High, Streatham and Clapham and their county competition. 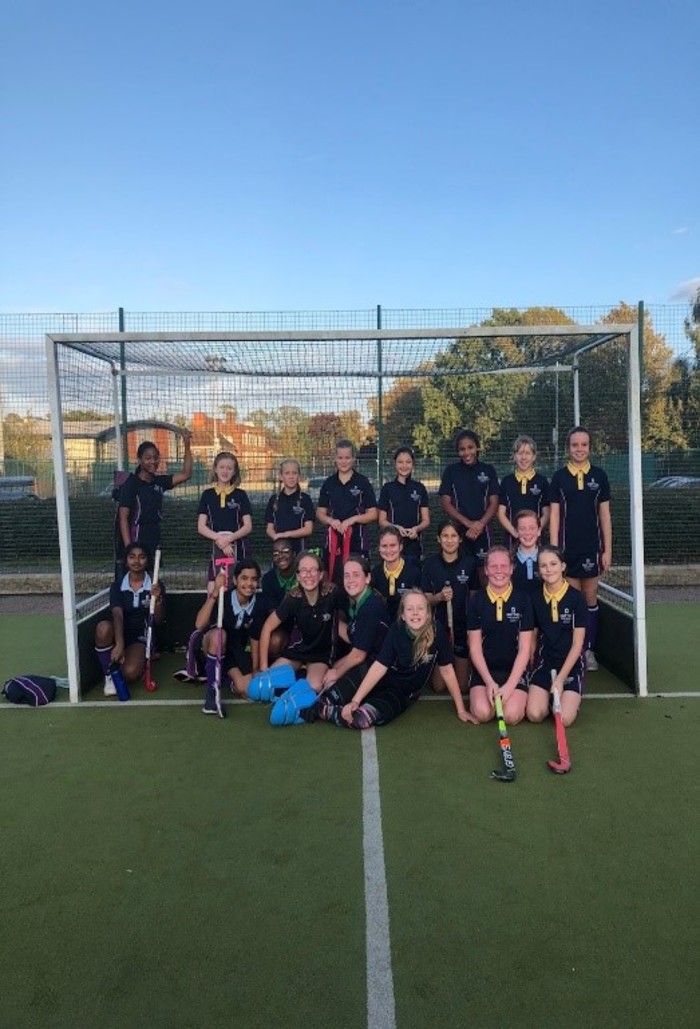 Up the school, Our Year 8 and 9 hockey squads have continued to build on their successes of previous years. They continue to show a relentless commitment to training and remain focused on improving their skills and love for the game. This dedication has been repaid with two outstanding results against Wimbledon High and Langley Park. A superb effort from Charlotte S secured victory away at Wimbledon (1-0), in a game that showed how far the team had progressed. This was followed up with an emphatic 3-0 victory against Langley Park at home. Here, goals from India P and Isabella G (x2) sealed the win in what was a phenomenal team display. After half term, the team will look to continue their good form as they compete in the county competition on 11th November and enjoy a hockey tour to Leicestershire. B team fixtures also begin after half term, with fixtures against Sydenham High, Nonsuch and Streatham and Clapham. The Year 8 players can also look forward to their county age group competition. 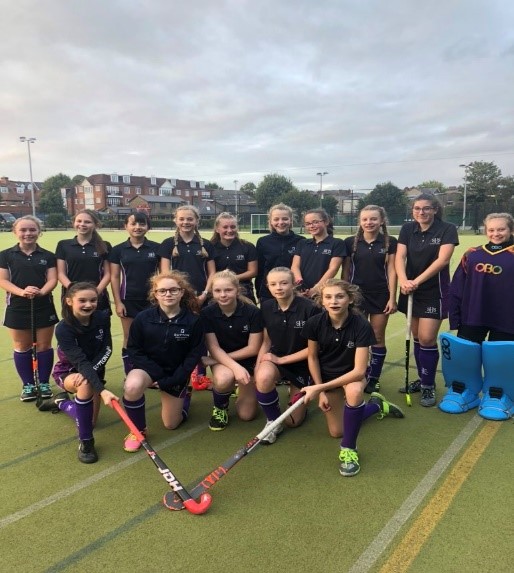 Senior hockey training continues to be well attended, with over 20 girls developing their skills with Ms Manser. The team thoroughly enjoyed hosting the Southern GDST Hockey Rally, where they faced some tough competition from Croydon High, Brighton and Wimbledon High. The team dispatched Brighton comfortably 3-0 with goals from Sophie W (x2) and Mia C. However, close defeats to Croydon and Wimbledon followed which meant the team finished third in the pool. The squad are looking forward to fixtures against Streatham and Clapham, Notre Dame and Sydenham High after half term.

Mr Pettitt would like to thank all hockey players for their outstanding efforts and Mr Dodson who has been a great addition to the hockey staff since his arrival at Sutton High.

Gymnastics continues to be excel at Sutton High School. All gymnasts have worked tremendously hard with our new Gymnastics Development Manager, Ms Sinclair. They are all commended on their commitment to training and desire to improve their skills.

On Friday 4th October the U9, U11, U13 and U15 gymnastics teams competed in the Surrey Schools Tumbling Competition held at Guildford High School. Each gymnast performed 2 different tumbles and were judged on difficulty, as well as presentation. All girls performed with great poise and composure and for some of our youngest girls it was their first ever competition. The final results were excellent with the U9 and U11 teams finishing in 4th place and our U13 team being declared Surrey Tumbling Champions. A special mention must go to our oldest competitors who despite being a team member down, performed their tumbles with very few errors.

All gymnasts have their sights firmly focused on the Milano Trio and GDST Trust Rally after half term. 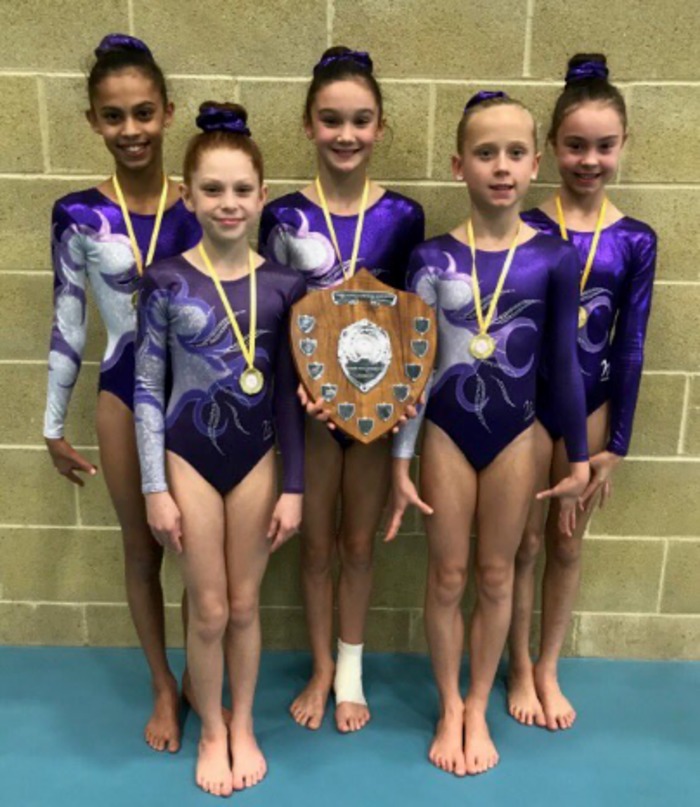 On 16th October, cross country squads in the senior school travelled to Sutton Grammar Playing Fields to compete in the borough competition. Our Year 7 athletes braved the wet and muddy terrain to take a very respectable 4th place in the team event. This effort was matched by the Year 8 and 9 squad who also achieved a 4th place finish in challenging and deteriorating conditions. Special mention should go to Anna P (6th), Solana S-L (3rd) and Anya Montgomerie (2nd) who achieved top 6 finishes in their age categories in a field of more than 60 runners. In the senior race, Dom Corradi was again crowned borough champion as she stormed to a comprehensive victory over the two-mile course. The senior Team was well supported by Mia C and Sophia L who both achieved top 10 finishes, which meant the team achieved a hugely credible third. Well done to all runners who showed true grit and resilience on the day. 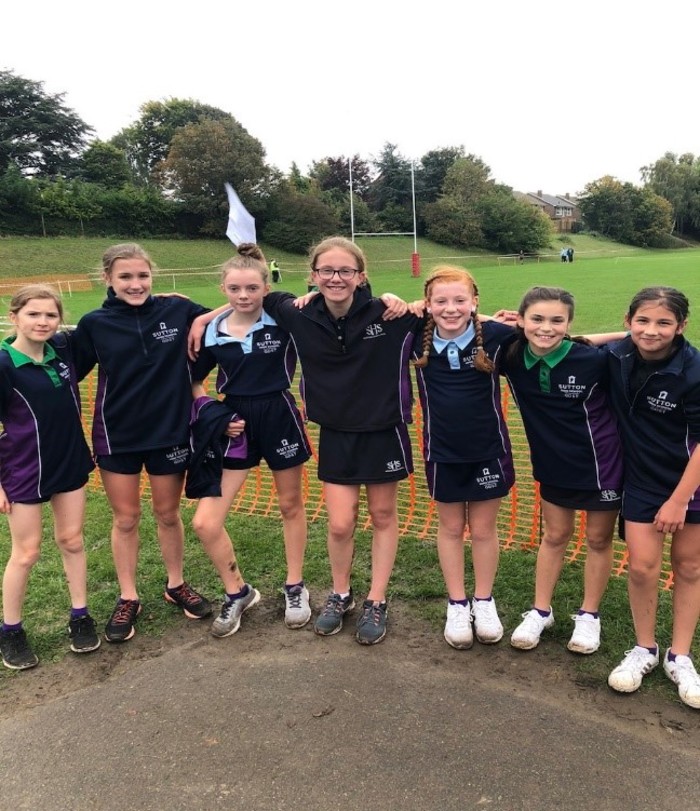 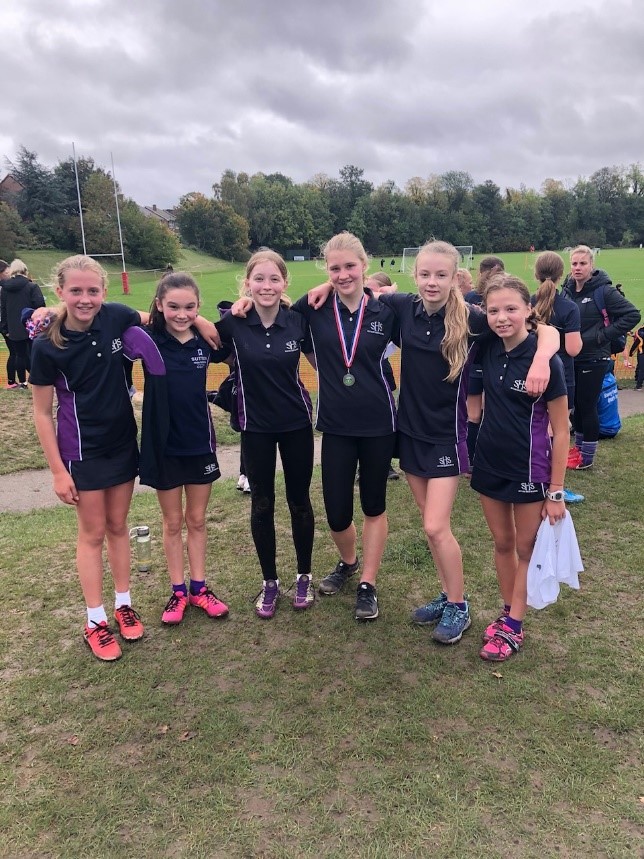 In Prep, the Year 5 and 6 Swim Squad have thoroughly enjoyed improving their skills with Ms Morley and Sutton and Cheam Swimming Club this term. A solid team display in our gala against Cumnor House prepared the team well for the GDST Trust Swimming Rally in October. Despite an early morning start, the squad produced some great swims to achieve a respectable 9th placed finish out of 24 GDST schools. After half term, they can look ahead to races against Croydon High, Reigate Grammar and Notre Dame. Good luck, swimmers!

Netball begins fully at Sutton High after Christmas but there have still been some competitive opportunities for our netballers in the autumn term. Ms Manser would like to commend the U14, U15 and Senior Netball squads who have competed with great enthusiasm and determination in fixtures against Nonsuch High and the Surrey County Netball Competition. Girls will continue to work on their skills until January when the season begins.

Year 8 Kaleidoscope: Through the archives