Click here to book your place - please select one workshop only.

We are proud to be part of a pioneering movement that started nearly 150 years ago. Together with our sister GDST schools, we defied Victorian attitudes to women by offering a rigorous academic curriculum to local girls. This was a revolutionary idea, and one which helped to change the face of education and society forever.

From the early days, our girls went to Oxford, Cambridge and London universities, having been provided with opportunities that were previously unheard of for girls, like studying chemistry in laboratories. Groundbreaking female scientists, writers and thinkers have passed through our doors, challenging perceptions and shattering stereotypes.

Our history is who we are and, as part of the GDST, we remain leaders in girls' education to this day.

Mrs Sue James, our archivist, has written a short history of the school below. If you would like to get in touch with her, please contact s.james@sut.gdst.net

The equal right of women 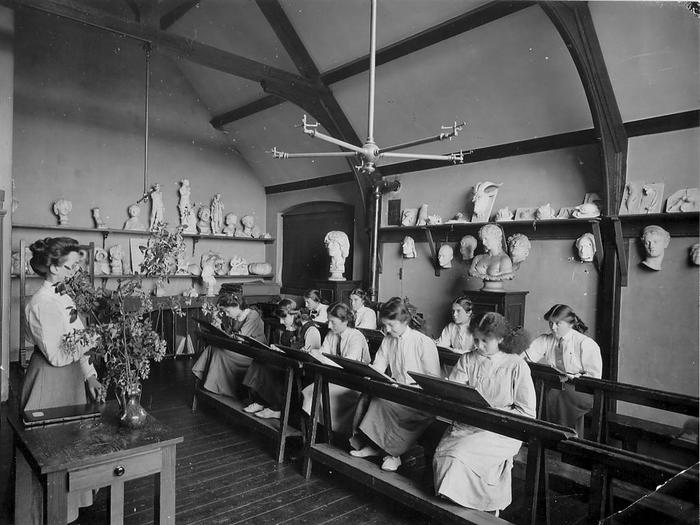 In 1871 Maria Grey, one of the pioneers of female education, made an appeal for “the equal right of all women to the education recognised as the best for human beings”. Her bid for equality led to the founding of the Girls’ Public Day School Company (now the GDST) a year later.

Sutton High School was the twenty eighth such school, opening on Thursday 17 January 1884. Sutton itself had changed in the previous 50 years from a village to a town due to the building of the railway line, but it was also considered a health resort due to its springs and its proximity to the Downs.

There was enough interest amongst the growing population for the GPDSC to open a school and the company responded by buying a Victorian villa, Park House, in Cheam Road, which is the white building at the centre of the site. 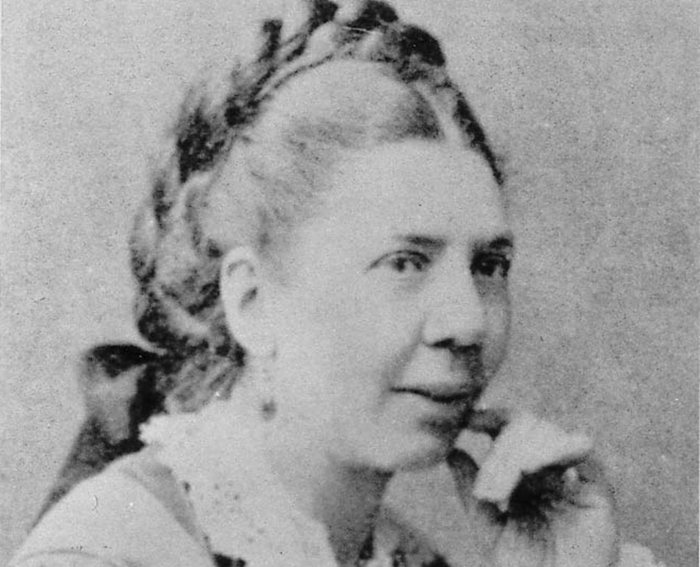 Margaret Chalmers Whyte was the first Headmistress; she too shared the vision of Maria Grey. She had reacted against the restrictions of being a female brought up in the mid nineteenth century when women, including herself, were not admitted to university. It was her wish and that of the GPDSC to challenge this male dominance and to produce what Miss Whyte called “a woman of all round culture and many-sided sympathies”.

There were 80 girls in the first cohort; one pupil recorded that the opening day was a little chaotic as Miss Whyte did not know exactly who would come. We are told in the first magazine that the girls “wandered up and down the passages gazing with mingled awe and curiosity on the large classrooms with their formal desks and many other modern appliances.” It soon became very clear that the villa was too small and within two years the Study (then the school hall) and the tower classrooms had been added. These were opened by the patron of the GPDSC, Queen Victoria’s daughter, Princess Louise. If you look very carefully above the old front door you can see the date when it was built. 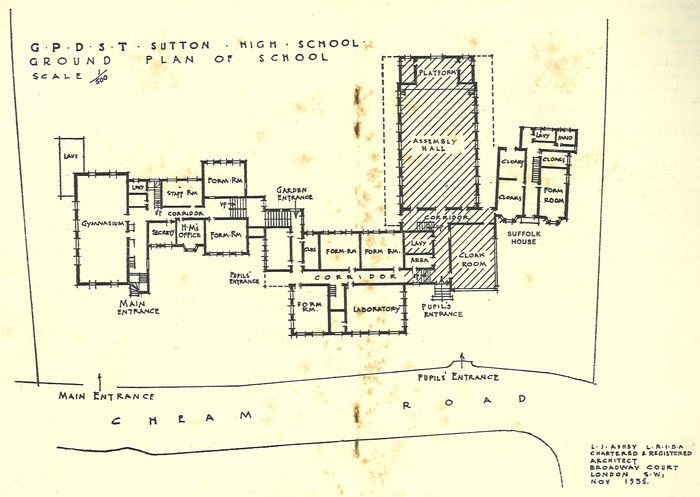 Within six months the school distinguished itself by entering girls for public examinations in a variety of subjects. Suitably qualified staff in traditional male subjects were difficult to find but the school was fortunate to employ an inspirational science teacher in 1895, Miss Annette Hunt, who stayed for over 30 years. Before retiring in 1928 she helped design a suite of laboratories which were considered to be some of the best in English girls’ schools. 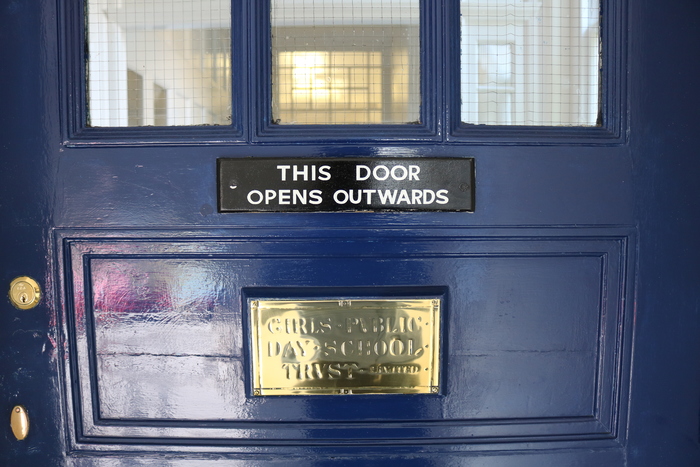 Miss Whyte was not only interested in the academic life of the school but in sport, acting and giving musical concerts. Amongst the gardens, the first tennis courts were laid out by girls using paint brushes. Charitable work was started immediately, with boxes of toys and clothing being sent to the London hospitals for children and, in the summer term, the girls brought in flowers which were then distributed to local charities. The sign above the old front door, This Door Opens Outwards, became a metaphor for the school’s links to the local community.

With courage, with truth, with joy 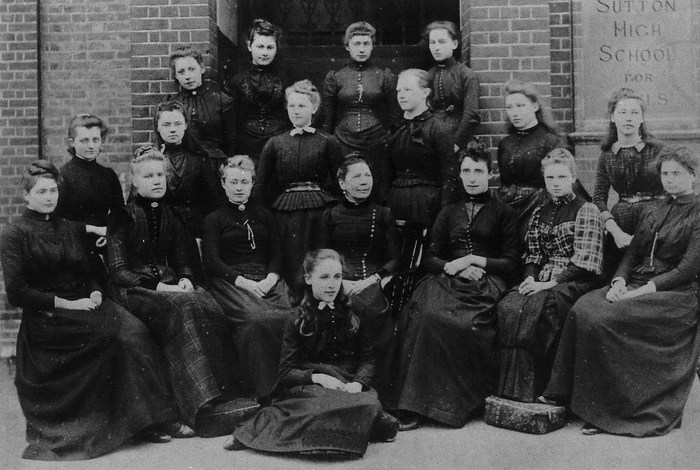 Since the opening day in 1884, Sutton High School has educated thousands of girls and has continued through two world wars. The girls of 1884 would not recognise the purple uniform, the facilities, the iPads. We would not recognise some of the games they played, their formal language and the method of teaching.

Yet the school motto, ‘Fortiter, Fideliter, Feliciter’, first adopted for the school’s twenty-first birthday in 1905, remains a constant in school life today. Both the girls and staff of 2019 know the meaning of the three Latin words off by heart: with courage, with truth, with joy.

Leaders in girls' education for 135 years

Come and find out how our pioneering history is part of our present and our future at one of our Open Events. Meet our girls, hear from the Headmistress and ask any questions you want.